Nobody knows his name, nor the language he speaks, or spoke. But there he is, still alive and still alone, in newly released footage shot deep in the lush growth of the Amazon rainforest.

Some call him the the Man of the Hole, in reference to the deep pits he digs to catch wildlife. Others call him the Last of his Tribe, the sole survivor of a brutal attack carried out by cattle ranchers, who killed off every other remaining member of his isolated tribe, leaving only him.

Amazingly, but more so tragically, that massacre – in the Brazilian state of Rondônia – occurred all the way back in 1995.

Ever since, for almost 23 years, the man has survived in complete isolation, cut off from the rest of the world – though monitored from afar by FUNAI, the Brazilian governmental body charged with protecting the rights, customs, and lives of the Indigenous peoples of Brazil (aka Indians).

“This man, who none of us know, and who’s lost almost everything, including the rest of his people, proves it’s possible to survive, and resist contact,” says FUNAI regional coordinator Altair Algayer, the head of the team monitoring the Man of the Hole’s territory.

“I think he’s better off as he is than if he’d made contact.”

While FUNAI believes the last tribe member has never been contacted by people from the outside world, it did come close to happening – at least once.

In 2004, he fired an arrow in warning, ultimately striking a FUNAI worker who got too close for comfort. The worker recovered from the wound, but the episode was taken as proof that – after all he’s experienced – the Last of his Tribe wants nothing to do with the outside world. 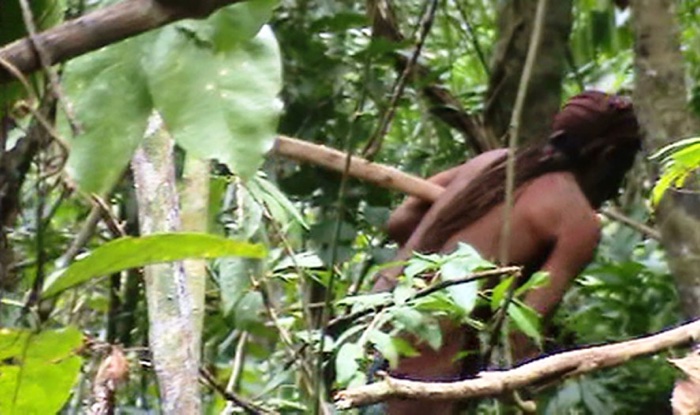 “I understand his decision,” Algayer told The Guardian.

“It is his sign of resistance, and a little repudiation, hate, knowing the story he went through.”

The reason this footage has been released now is because FUNAI and Survival International – a global human rights organisation dedicated to protecting indigenous peoples – are trying to highlight the plight of such isolated tribes in the Amazon, who are at constant risk of violent and deadly encroachment from external forces. “The problem is that there are no empty spaces in the Amazon,” former FUNAI official José Carlos Meirelles, who has been working with isolated tribes since 1971, explained to The New York Times.

“You fly over it and see all that forest, but down there, it’s full of people — drug dealers, illegal loggers, and others.”

When those exploitative interests come into conflict with the vulnerable peoples of isolated tribes and their simpler, threatened ways – bad things happen.

It’s thought that by the time the Man of the Hole’s tribe was all but wiped out in 1995, its dwindling numbers had been reduced to just six individuals – a consequence of decades of run-ins with gunmen hired by colonists and ranchers, according to Survival International, have invaded the land since the 1970s. 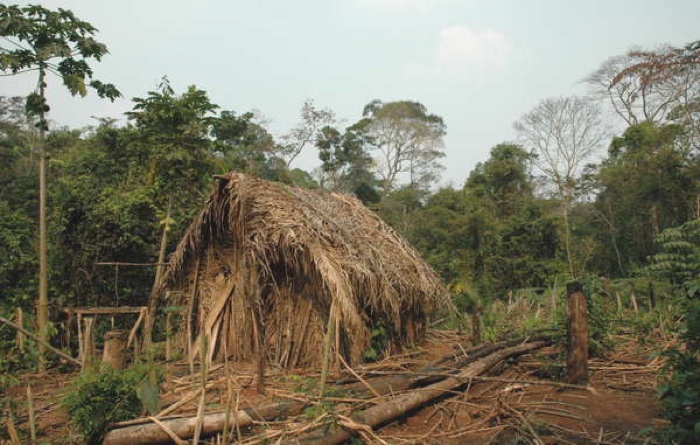 These terrible incursions are all too common. Last year, illegal gold miners allegedly massacred up to 10 members of a remote, uncontacted tribe called the Fleicheros – “the ones who throw arrows” in a nearby region of western Brazil.

This attack followed a string of other violent incidents threatening numerous groups of uncontacted, indigenous tribespeople.

To protect the members of these tribes, FUNAI does what it can to legally restrict entry into their territory.

In the case of the Man of the Hole, the demarcated area of Tanaru Indigenous Land (TI) extends over an area of more than 8,000 hectares, giving the man free space to hunt, grow crops, and observe the traditions of his people – for what is almost certain to be the very last time.

In the past decade, FUNAI has conducted dozens of trips to monitor the man and his territory, seeing the dwellings he builds (and sometimes abandons), the food he grows (corn, manioc, papaya, and bananas), the staves and arrowheads he carves, and the holes he digs to catch animals (extending 2 metres deep).

As the newly released footage above shows, the man, thought to be in his fifties, appears healthy and active, vigorously using an axe to chop wood, alone in his rainforest surrounds, accompanied only by birdsong from the trees above.

His time, and the time of his tribe, may be drawing to a close, but we can hope that these rare, fleeting moments of his life help bring the plight of similar uncontacted tribes to greater public attention, so their own stories don’t end as sadly and violently as his own.

“They live in the here and now. They are our contemporaries and a vital part of humankind’s diversity, but face catastrophe unless their land is protected.”