Though the Earth-sized planet, and its hot sub-Neptune companion, were first observed by TESS in January 2019, it’s taken until now to confirm their status with ground-based follow-up observations. The discovery is published in The Astrophysical Journal Letters.

When TESS was planned, the idea was to find the most promising exoplanets near the closest and brightest stars. This would make follow-up observations much easier.

Scientists calculated that TESS would find about 300 Earth-sized or Super-Earth-sized exoplanets in its two-year mission. So finding the first one is a big deal.

TESS is tasked with finding exoplanets, but not just any exoplanets. The idea behind the mission was to find the smaller Earth-size ones. TESS’s predecessor, the Kepler space telescope, found lots of exoplanets, but most of them were much larger than Earth. That makes sense since larger ones are easier to find.

“It’s so exciting that TESS, which launched just about a year ago, is already a game-changer in the planet-hunting business,” said Johanna Teske from the Carnegie Science Institute, who is second author on the paper.

“The spacecraft surveys the sky and we collaborate with the TESS follow-up community to flag potentially interesting targets for additional observations using ground-based telescopes and instruments.”

Both these newly-discovered planets are orbiting an orange main-sequence star called HD 21749, about 53 light years from Earth, and about 70 percent the mass of the Sun. The two planets are the only known planets in that solar system. The Earth-sized one is called HD 21749c (the centre planet in the illustration below), and the hot sub-Neptune planet is called HD 21749b (to the right). 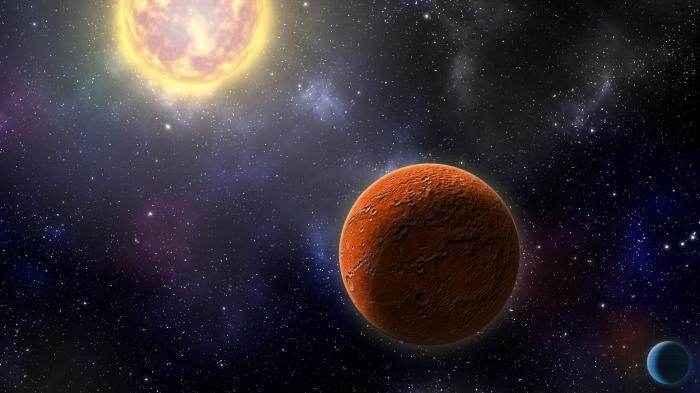 The Carnegie Institute for Science figures prominently in this discovery because they’re part of the consortium that operates the Las Campanas Observatory in Chile, where the Magellan Telescopes are situated.

The Magellan II Telescope has a unique instrument attached to it called the PFS, or Planet Finder Spectrograph, which was developed by, and pioneered by, scientists involved in this study. The PFS helped to confirm these two planets, and it also measured the mass of HD 21749b, the sub-Neptune.

The team used the PFS to verify the TESS discoveries because the PFS relies on the radial velocity method, which is currently the only way to determine the mass of an individual exoplanet. And if you don’t know the mass, then you can’t determine the planet’s density or composition. 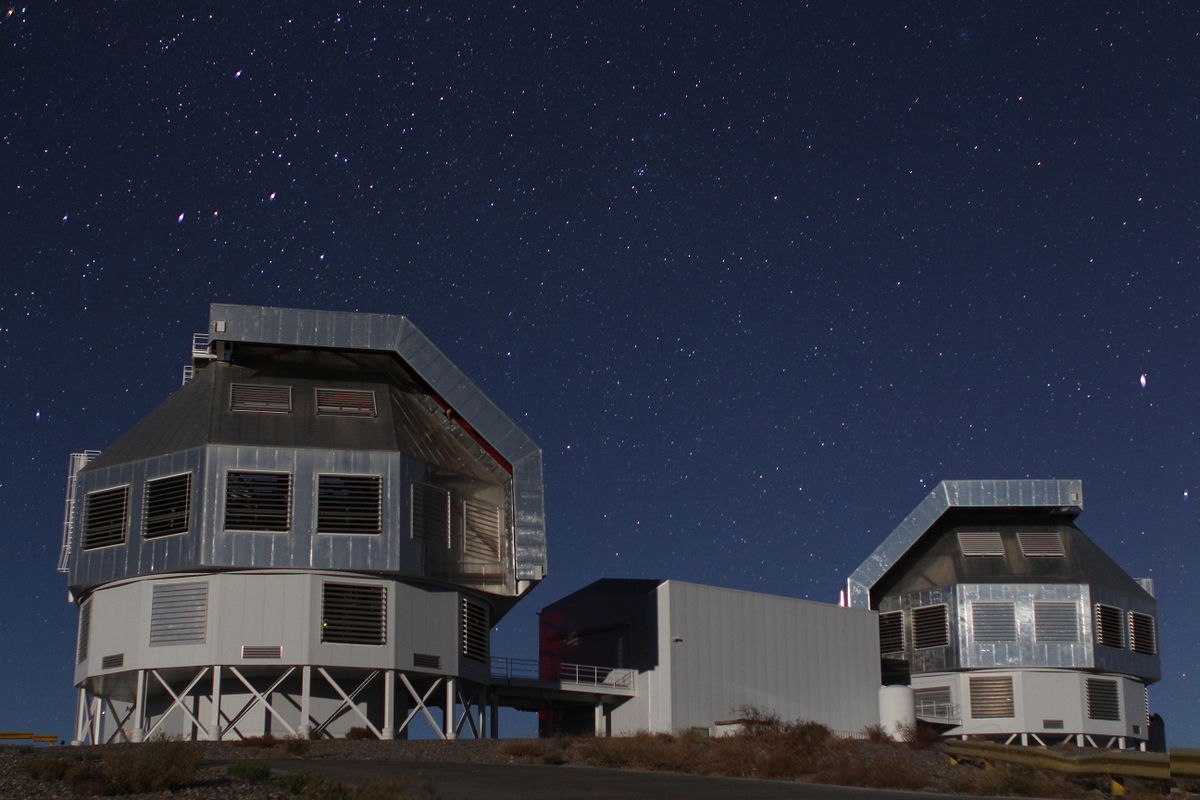 The PFS relies on gravity to measure an exoplanet’s mass. The star, in this case HD 21749, exerts a strong influence on the planets orbiting it. But gravity works both ways. The gravitational pull of the planet imparts a slight wobble to the star, which PFS can detect. The larger the wobble of the host star, the more massive the planet.

“PFS is one of the only instruments in the Southern Hemisphere that can do these types of measurements,” Teske added.

“So, it will be a very important part of further characterizing the planets found by the TESS mission.”

Different observation methods find different types of planets. Each method is biased in its own way, and scientists know this and plan for it. In TESS’s case, it was designed to find planets that orbit their star relatively quickly, usually in fewer than 10 days. When you think about it, you can see why.

If a planet takes an extraordinarily long time to orbit its star, like Uranus for example, which takes 84 years to orbit the Sun, then you might have to stare at the star it orbits for a long time before you can detect it. If it takes only 10 days, then you don’t have to tie up observing resources for very long to detect it.

In this discovery, HD 21749b, has the longest orbital period of any of the TESS exoplanets so far, at about 36 days. Because of the way TESS works, that made it difficult to discern the sub-Neptune in the data.

“There was quite some detective work involved, and the right people were there at the right time,” said lead author Diana Dragomir of MIT’s Kavli Institute for Astrophysics and Space Research. “But we were lucky, and we caught the signals, and they were really clear.”

The sub-Neptune, HD 21749b, has about 23 times the Earth’s mass and its radius is about 2.7 times that of Earth. The measured density suggests that the planet is not rocky, and that it has a substantial atmosphere. This might help astronomers understand the atmospheres on these types of planets.

But even though the sub-Neptune discovery is exciting for scientific reasons, it’s sibling HD 21749c might be more exciting. It takes a mere eight days to orbit the star, and is much closer to Earth-size. However, measuring the mass and density of this planet won’t be easy.

“Measuring the exact mass and composition of such a small planet will be challenging, but important for comparing HD 21749c to Earth,” said Sharon Wang, one of the authors of the paper. “Carnegie’s PFS team is continuing to collect data on this object with this goal in mind.”

TESS will allow astronomers to make more accurate measurements than Kepler did. With TESS, they should be able to measure an exoplanets mass, atmospheric composition, and other properties. Even though exoplanets, and smaller Earth-size exoplanets, aren’t rare in the Milky Way, we still have a lot to learn about them.

We can’t accurately describe their diversity yet. We’re still in the beginning, which is exciting, and that excitement is building as TESS does its work.

“For stars that are very close by and very bright, we expected to find up to a couple dozen Earth-sized planets,” said Dragomir.

“And here we are – this would be our first one, and it’s a milestone for TESS. It sets the path for finding smaller planets around even smaller stars, and those planets may potentially be habitable.”