A new report reveals that a shocking amount of contact lens users – nearly 20 percent – dispose of those little plastic circles in a terribly irresponsible way, by flushing them down the toilet or the drain of the sink.

Of an estimated 45 million US contact lens wearers, that’s around 9 million right there. Without realising, they could be contributing to a serious environmental problem.

According to new research, an estimated up to 3.36 billion disposable plastic lenses per year end up joining US wastewater systems as nefarious bits of microplastic pollution. That’s an annual 23 metric tons of plastic lenses.

The research began when environmental engineer Rolf Halden of Arizona State University – a contact lens wearer – wondered if anyone had conducted any research into the disposal of contact lenses. When he looked, he couldn’t find any.

So the team set about conducting one. The first part was an anonymous survey of 139 contact-lens wearers and non-wearers. Of the lens wearers, 19 percent admitted to flushing their lenses down the drain or toilet.

The next part of the research was to figure out what happens to those lenses.

There are filters designed to keep larger objects from ending up in wastewater treatment plants, but contact lenses are small and flexible, so they can get through those filters pretty easily.

The team sifted through wastewater sludge, and found several fragments of contact lenses, which indicated that wastewater processing doesn’t just let the lenses through – it also appears to help them break into smaller bits. 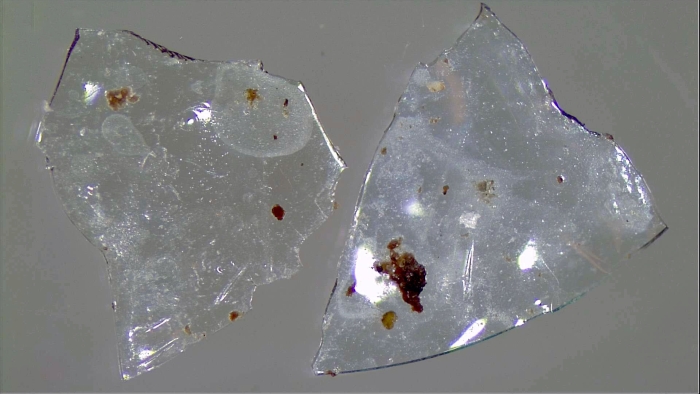 To figure out if the lenses biodegrade, the researchers subjected five of the polymers commonly used in contact lenses to anaerobic and aerobic microorganisms typically found in wastewater plants, for different amounts of time.

They found that, even after extended periods of time, the lenses remained intact.

“These are medical devices – you would not expect them to be super-biodegradable,” environmental engineer Rolf Halden told The New York Times.

“Good for the contact lens wearer during use, not so good when the things get out into the environment.”

And there were small changes in the bonds of the plastic polymers after exposure to the microbes. These bonds had been slightly, but noticeably weakened, indicating that the lens was on the road to disintegration.

“When the lens plastic loses some of its structural strength, it will break down physically. This leads to smaller plastic particles, which ultimately will lead to the formation of microplastics,” environmental engineer Varun Kelkar of Arizona State University explained.

These can then end up in the environment. Wastewater sludge is often spread over land for soil conditioning; from there, any microplastics have an entry point into land-based ecosystems. Their interactions are poorly understood, but they can also end up in aquatic ecosystems.

Aquatic animals can mistake fragments of microplastic for food – and the plastics can even wind up back in the human food supply, along with any of the contaminants that tend to stick to plastic.

What can be done? Well, currently contact lens manufacturers don’t include any information on the packaging about how to dispose of the used product.

That would be an amazing place to start, the researchers said.

“A simple first step would be for manufacturers to provide on product packaging, information on how to properly dispose of contact lenses, which is simply by placing them in the trash with other solid waste,” Halden said.

“A desirable long-term outcome would be to create lenses from polymers that are fine-tuned to be inert during use but labile and degradable when escaping into the environment.”

And if you’ve ever flushed your used lenses, and are reading this? Stop it immediately and start putting them in the bin where they belong.

The team presented their research at the 256th National Meeting & Exposition of the American Chemical Society.