Scientists have discovered a new species of crab that swam the seas 95 million years ago — and behold, it could be the next Pixar character.

The small, pocket-size crab, named Callichimaera perplexa, was different than its modern cousins.

This crab sported a tiny lobster-esque shell, with legs flattened like oars, and huge Pound Puppies-style peepers that protruded from its head — a trait that indicates the creature used its eyes actively for whatever it did, researchers said.

But it’s not only the critter’s cartoonish appearance that has some researchers tickled, it’s also what the ancient animal means to science.

Javier Luque, a postdoctoral paleontologist at Yale University and the University of Alberta, said the “cute,” “unusual” decapod crustacean will make scientists “rethink what a crab is.”

“It gives us information about how novel body forms can evolve over time,” Luque said Thursday in an interview with The Washington Post. 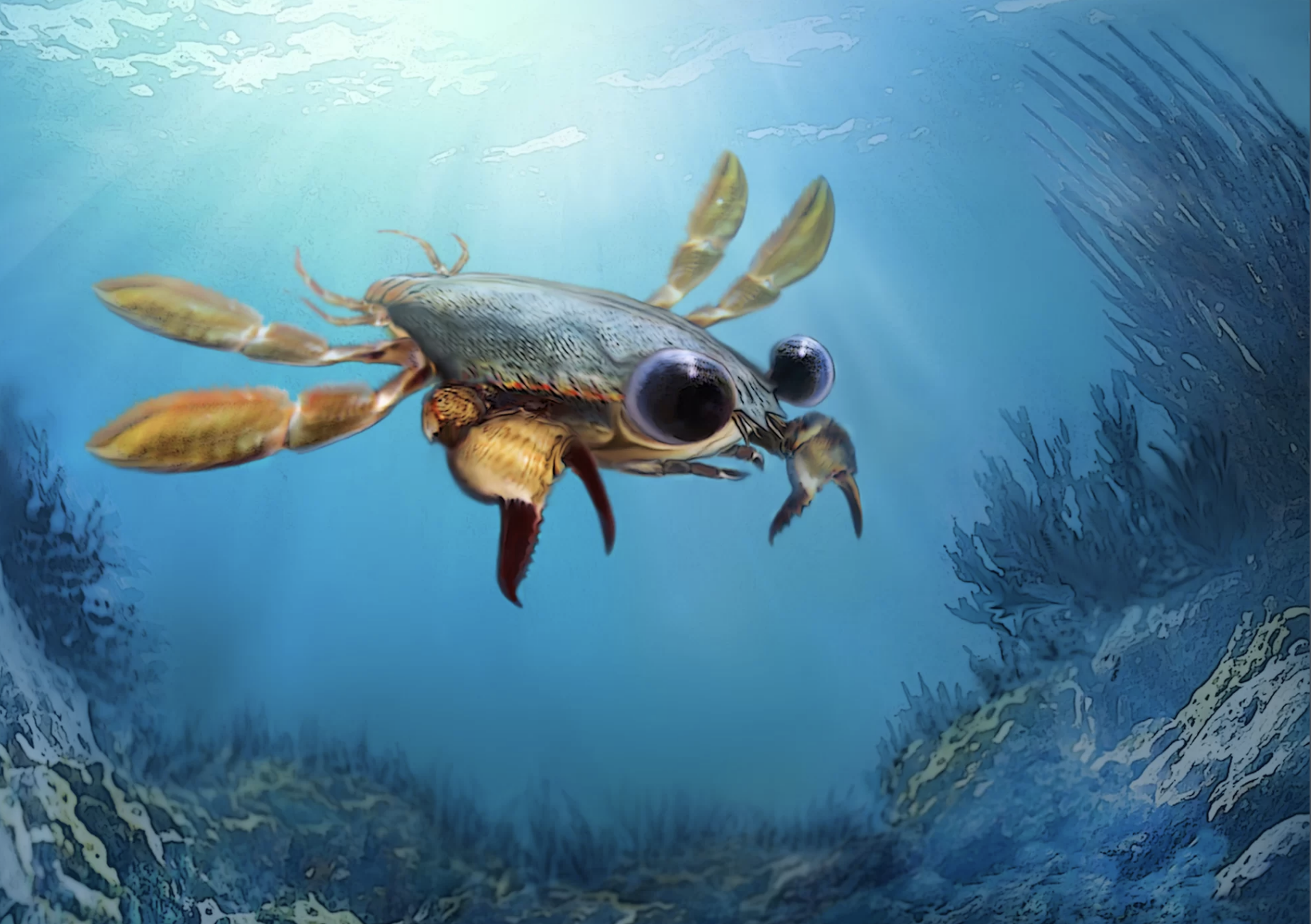 Luque said he made the discovery in 2005 in the mountains in Pesca, Colombia. An undergraduate geology student at the time, Luque said he was hunting for fossils when he uncovered a trove of well-preserved fossil specimens — shrimp, lobsters and crabs with big, bulbous eyes.

He and his research team, who have been studying the fossils found in Colombia, as well as fossils found in the United States, published their findings Wednesday in the journal Science Advances.

The research provides insight into a creature so peculiar it has been dubbed “the platypus of the crab world,” according to a news release.

So what do we know about this wide-eyed critter?

The crab lived during the mid-Cretaceous period, when dinosaurs ruled the earth, landmasses were in motion and the oceans were taking shape. Based on where the fossils were found, it lived in what is now Colombia, Northern Africa and in the United States — Wyoming, more specifically. Makes sense. Luque said researchers believe the crab had a “mosaic of body parts,” including unprotected compound eyes, a spindle-shaped body and leg-like mouth parts that suggest it retained larval traits into adulthood.

The crab’s body was about the size of a quarter.

Its eyes were so large that, had it been a human, it would have had eyeballs as big as soccer balls.

Its legs were built more for swimming, not crawling.

Its wrench-like claws made it a powerful little hunter.

And had the crab lived another 95 million years or so, it probably would have made it to Hollywood.

Luque, the lead author of the study, told Live Science, “I call it my beautiful nightmare because it was so beautiful and frustrating” for the researchers to comprehend.

Heather Bracken-Grissom, an evolutionary biologist at Florida International University who specializes in decapods — crustaceans such as crabs or lobsters — said there are more than 7,000 species of crabs living today.

This “bizarre find,” she said, will allow scientists to reevaluate what they know about them.

“This new transitional fossil is making us rethink how crabs have evolved over time because it’s introducing this unique body form we weren’t aware of before,” Bracken-Grissom told The Post.

She said it reveals “an early lineage in the crab tree of life.”